The possibility of owning a useful home robot was my ultimate aim when I began this blog back in March 2014. I am no expert by any means, just an interested watcher, and in my opinion, I am no closer, five years on, to my dream of owning a robot like “Andrew” from the film Bicentennial Man, where he was played by the late Robin Williams. Bicentennial Man was based on a short story by Isaac Asimov.

If I only had a brain

What would Asimov make of the state of intelligent robots today? Who is going to invent the much needed “Positronic Brain”¹ that Mr Asimov first described in his robot stories from 1939. Eighty years on we still do not have anything like a home robot that can think for itself and also has a strong moral compass.

You may gather that I am rather disillusioned by this situation. Perhaps that explains why I have not felt the need to write regular posts for this blog? I think Asimov would be disillusioned too. Admittedly there are some amazing industrial robots, but they can’t go out and cut the grass, or paint the outside of their factories. They are still limited to the one operation that they were taught to do. 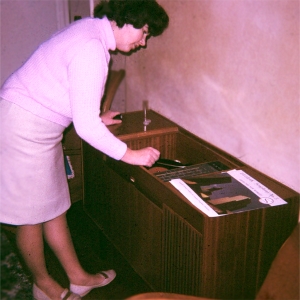 Much the same applies to today’s so called home robots. I can go out and buy a robot vacuum cleaner, but it won’t fold the laundry for me … that is another robot under development. I can buy a robot to cut the grass, but that is all it will do … it won’t dig the garden or trim the rose bushes. I wrote about this situation here in October 2014², and it is still the same now. Thank goodness most of us have moved away from hi-fi separates. My laptop has the potential to do everything that my hi-fi stack system did, apart from playing cassette tapes or vinyl, and as far as I’m concerned, the resurgence in interest in those antiquated sound recording devices is mere nostalgia. I can still remember my Mum shouting at us when we were playing a little too energetically in the lounge near her record player, “mind my stylus” would ring out from the kitchen. One jump of the playing arm could completely ruin a record.

There have been three “deaths” of home robots in recent times. One big casualty was Jibo. However, now that I look back at the website, it seems rather obvious. With a price tag of $899, and a list of functions that seem to be so similar to Amazon’s Alexa that one is like a clone of the other, it is hardly surprising. I paid half price in a sale (£25) for my Echo Dot with Alexa.

The other two casualties have been Kuri from Mayfield Robotics, and Cozmo from Anki³. It is sad, and not a good sign for getting potential investors in a similar project, but those things are just not “proper” robots by my way of thinking. OK, I know it has to start somewhere, but really, a home robot must have legs, and must be able to move around the house on surfaces that include carpets … so that probably rules out a lot of robots, like Pepper, which have wheels or balls in their base.

Jibo’s price may well have been a problem

The text in this image sounds like Amazon’s Echo

This little robot would suffer on a thick carpet

Price is obviously going to be something that will put a lot of potential buyers off. But why not rent a robot, with the added bonus of free updates and maintenance? I believe Pepper is available in some countries with this rental payment system.

Will Vesta have legs?

My only hope at the moment would seem to be Amazon. My £25 Echo Dot is quite a bargain, and I already pay extra for Amazon Music so that is an added bonus for me. I can’t remember the last time I bought a music CD. Last year I wrote about Amazon’s new project which is supposedly for a moving home robot named Vesta4. A quick Google search only came up with results from April last year. Are Amazon still working on their robot? An Amazon search just found Vesta Beef Curry, Vesta Paella and albums by Vesta Williams, so, sadly, I am no wiser.

Today I visited the Anki website. There is a sad pop-up notice on the home page (image right) which states that the company is no longer manufacturing robots. They are still available to purchase on Amazon, and apparently there is still support available.

(3) I see that Anki is still available for sale on Amazon UK for £154.99 although it is not on the manufacturer’s website. The company is now promoting Vector, and that robot is also available from Amazon UK, price £249.99. These seem to be merely expensive toys.

“The third batch of 1,000 Pepper sold out within one minute again on Saturday, August 29th. The next sale is scheduled at 10am on Sept. 26 on the Softbank corporate website. We are very pleased with this very promising start.”
Aldebaran Newsletter, September 2015

Are home robots just a passing fad? Things come and go. The latest must-have invention may be in great demand when it first appears, but will it have staying power? Remember the Apple iPod? The peak year for worldwide sales was 2008 when almost 55 million were sold. By 2014 sales had dropped to “just” 14 million. Of course that’s not bad, but other things have taken their place.

Mobile phones, iPads and other tablet devices have gradually taken over from iPods as technology has advanced. However there is now talk of the iPad boom coming to an end.

Should we think of home robots in the same technological field? Are they going to be just a fad? Admittedly it is only the beginning, but are robot sales going to peak and then just drop off year by year when something else comes along to interest those members of the general public with disposable income?

The majority of robots available, or soon to be available, are really only just toys with a few useful functions. Those functions could easily be supplied by desktop computers. The present-day Fadbot will not take away the jobs that need to be done each and every day in the home.

If I was going to spend a lot of money on a robot, I would want it to do more than chat to me, even if it was trying to cheer me up. My ideal home robot would go round tidying up the house, perhaps a bit of light dusting. My robot would also be able to clean the windows, take the rubbish out, weed the garden, clean and polish the car.

I think that the robots we will be able to buy over the next two or three years are just Fadbots. They will be looked at in the museums of the future and children will ask why they were so basic.

The potential income for major companies, such as Apple and Google, from robots that can be classed as proper modern domestic servants, is so great that when sales of the initial Fadbots begin to decline, new, and truly useful robots will take their places. But will it be harder for the big companies to sell their domestic servant robots after people have become bored with their Fadbots?

Lucy Black, writing on i-programmer, 7th September, has much the same view as me:

What is it about social robots that makes them so attractive? The latest is Buddy as its Indegogo campaign is coming to a close with over $500,000 pledged – 500% over the inital goal. I don’t know about you, but I want a robot to help with the chores not the chats. But I seem to be in a minority if the recent crowd funding of Jibo and Buddy are anything to go by. A social robot is one that is designed to interact with humans and be “helpful” in ways that are not particularly tangible. The robot might take a photo, or remind you of an appointment,or play you some music, but it won’t physically interact with the world which means it cannot bring you a drink or load the dishwasher.

The above-mentioned Indegogo campaign actually closed at a massive 618% funded – $617,830 raised in just two months. The first Buddy robots will ship next year.

Here is what Buddy’s inventors have to say: “Open source and easy to use, Buddy protects your home, entertains your kids, and helps you stay connected with the ones you love.”

Will the families of the future, with their domestic servant robots, feel like the folks upstairs at Downton Abbey? Will their robots be dressed in traditional Edwardian servants’ clothes?

I would love to have some kind of sponsorship for this Blog. Sadly, by announcing that all the robots available to buy are just Fadbots, I have probably just shot myself in the foot.

Your comments and views on this topic would be most welcome.

The first 1,000 Pepper robots sold out in just 60 seconds

Channel 4 UK’s new series Humans seems to be trying to scare people into thinking that home robots are dangerous (although it is a good programme!). But if there was ever any doubt that consumers would buy robots to have in their homes, it was totally dispelled this week when Softpress made the following announcement in Japan:

1,000 ‘Pepper’ Units Sell Out in a Minute
June 20, 2015
SoftBank Robotics Corp. today announced that 1,000 units of ‘Pepper’, the world’s first personal robot that has its own emotions, sold out in one minute, and that orders are no longer being taken. Additional sales of Pepper are scheduled to be announced on SoftBank’s website in July.

Next year, sales of Pepper will go worldwide. It certainly looks like they’re onto a winner, and with great promotional videos like the one below, uploaded to YouTube this month, I would not be at all surprised if sales went through the roof and beyond! One day we will all have robots at home, and they will be as common as a television set.

Pepper will cost about £1,000 to buy, followed by 36 payments equivalent to about £125 a month including insurance. I wonder which company will be next on the market with a similar product?